The Cost to Build A Mobile App: Is the Price Right?

Published by Jennifer Brown on January 6, 2014

What does it cost to build a mobile app? That’s like asking what it costs to buy a car. It depends on the type of car you are buying. But let’s say you’ve never owned or researched buying a car, and you’re wondering what you need to think about budgeting before you pursue it. You just want a cost idea before you dedicate any time to investigation. Is a mobile app even feasible with your marketing budget?

What does it cost to build an app?

Honest answer: It depends on the app.

In the beginning of the rush to fill app stores, a basic, rudimentary app could be under $10K for development. This was for something super simple. Two years ago, Forrester Research set the price of a basic, no frills native app at $20,000 minimum. Costs have increased, as have expectations from users. Now, the general working figure for a nice but simple brand-quality app is at least $30,000. More complex data-based apps can cost from $50,000 to $150,000. According to a PadGaget article on iPad App Costs  , “At the end of the day, your app will likely cost you at least $200,000.”

Consider Twitterific for iPad  , a Twitter app in the App Store. The IconFactory produced the app, and they published a cost breakdown for the app construction. $165,000 (1,100 development hours) for the code only (the iPad app also used existing code valued at $20,000). Design phase cost was about $34,000. Project management, testing, and other costs were around $16,000.

What’s included in those costs?

Design, coding, development, testing, and validation. Those ranges are for producing the app and don’t consider up front user research, distribution, maintenance, and marketing costs.

They can, simply because with more screen real estate, tablet apps tend to be a little more immersive and robust. The more you can see and do, the more expensive it will be. But tablet or phone, it all depends on the functions.

Is it a once and done cost investment?

Nope. With native apps, you’ll need to make updates for system upgrades and have ongoing maintenance costs. Depending on the complexity of an update, figure on average $10,000 dollars for a version change. A more complex app or more complex update to include functionality may cost more.

Is a native app more expensive to produce than a mobile website?

Native apps are built for specific platforms. Each platform has its own language, tools, standards, and user interface. So, for every native app you build you have to invest time and money understanding these things. One solution isn’t going to work across all platforms or devices. You can build something for an iPad and then you need to build it for the iPhone. And then Android. With all the different versions. And keep it all up to date.

According to Mashable  , it costs about $35,000 to build a simple mobile website. But a mobile website is accessible to anyone with mobile web access. A native app is only usable via a particular device. So, in terms of reach and dollars spent, a mobile website will be less expansive.

Based just on broadest possible audience reach to the general public, the mobile web gives the best ROI over the native app. Better yet, build a responsive web site, and you’ll reach people across a range of devices with one site that will provide content from small screens to large. (It’s not an app but it might be a better investment depending on your budget and goals.) ROI can be calculated a million different ways. Look at who you’re trying to reach, how you’re expecting to reach them and what that expected result is from that contact. Consider how many people you can potentially reach per dollar spent. 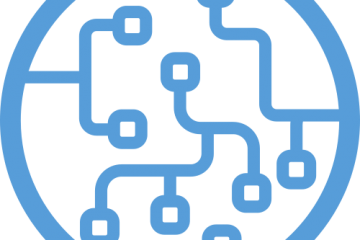 How to Leverage Artificial Intelligence in Marketing

Artificial Intelligence (AI) tools present huge opportunities for marketers to improve what they do and how they do it. Whether saving time and resources, developing more targeted and effective ads, or uncovering possibilities buried in Read more… 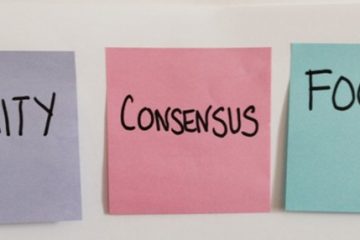 Project Planning Essentials This is the year you finally re-design your website. It’s long overdue, and while everyone from the CEO to the help desk agrees your company needs a new site, it falls to Read more… 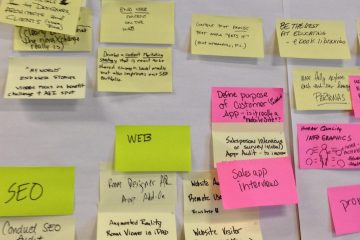 Top Ten Marketing Mistakes to Avoid When it comes to digital marketing, marketers have more responsibilities and choices than ever. With so many ever-changing options, even experienced digital marketers make mistakes. The Snapchat campaign the Read more…